NIELS DE GROOT (1981, Amsterdam) is educated as a philosopher (MA) and is currently working as an all-round visual artist in Amsterdam, visually reflecting on social in- and exclusion within society. Niels is interested in the intersection of visual arts and politics, exploring this intersection by co-founding nomadic collective Schijnheilig and cultural / political festival Damoclash.

Niels has spent the past years creating radio programs, participating as a visual artist at festivals such as Oerol and Robodock and working with Stichting Doetank on issues of racial profiling in The Netherlands. After spending most of 2015 in Oakland (CA) to work with incarcerated youth in the Bay Area, Niels is currently residing in Amsterdam working on a series of paintings based on Roberto Bolano’s 2666. 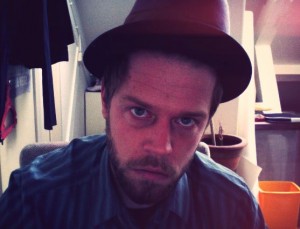